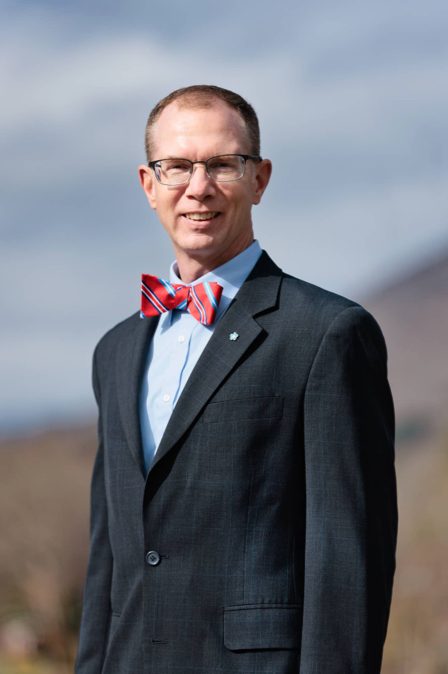 Bryant assists companies with collection of funds due to failure of a customer or business associate to pay an accrued balance. He works with clients in estate planning, probate and real estate matters. He focuses on real estate litigation, resolving disputes regarding boundary lines, rights of way, deed contests, and other real property title issues.  Bryant also handles difficult estates for clients, where settling the decedent’s affairs has led to controversy or legal complications, including estate-based litigation

Bryant graduated from the University of North Carolina at Chapel Hill with a Bachelor of Arts degree in 1991, majoring in English and Political Science.  He is a member of Phi Beta Kappa.  Bryant earned his law degree, with Honors, from the UNC School of Law in 1994.  Bryant practiced law in Durham, NC with the firm of Poe, Hoof & Reinhardt from 1994 until moving to Buncombe County in 1996.  He is admitted to practice before all three of the Federal District Courts (Western, Middle, and Eastern Districts) in North Carolina.  Bryant had the privilege of arguing before the North Carolina Supreme Court in January, 2010.

Outside of work, Bryant has served on the Pisgah Legal Services Hotline since 1997, giving time monthly to assist pro bono clients with telephone inquiries about critical legal issues.  In 2000 and 2014, Bryant was recognized by Pisgah Legal Services and the 28th Judicial District Bar for his provision of free legal services to low income residents of Western North Carolina.  The North Carolina Bar Association presented Bryant with the 2015 William Thorp Pro Bono Award for his provision of free legal services to low income clients.  He also serves on the Executive Board of the Daniel Boone Council of the Boy Scouts of America, and was for several years their legal counsel.  Bryant served a two-year term as the President of the Daniel Boone Council.  He served as an officer of The Grand Lodge of Ancient, Free and Accepted Masons of North Carolina for eight years, and in 2016 served as Grand Master of Masons in North Carolina. Bryant served three years on the Board of Directors of the Masonic Home for Children in Oxford, NC. He has served, and continues to serve, as a board member and consultant to the Board of Whitestone, a Masonic and Eastern Star Community in Greensboro, NC, since 2002.  Bryant serves on the Board of the local Salvation Army, and is a Board Member of Real Estate Lawyers Association of North Carolina (RELANC), a professional association.

Bryant and his family attend Biltmore Church in Arden, where he and his wife assist in the children’s ministry.  Bryant is married to Dr. Janet Lee Baldwin Webster, the director of the Western Regional Educational Service