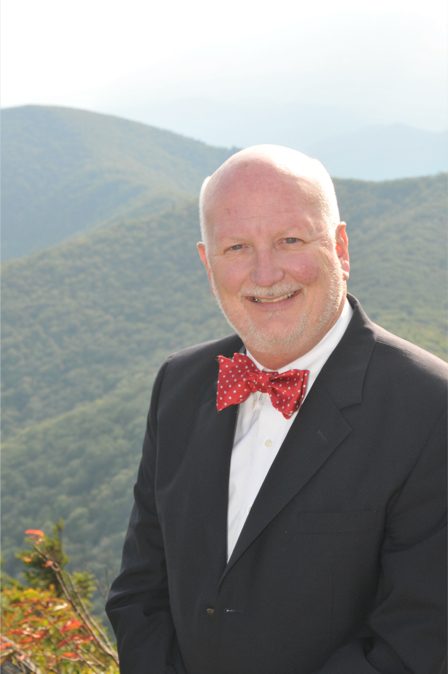 Bill’s practice focused on both the transactions and litigation of real estate and probate matters, as well as general business matters. Bill is admitted to practice in the US Federal Courts (Middle and Western Districts of North Carolina), the US Tax Court, and the US Supreme Court.

Bill grew up in the Haw Creek area of Asheville, graduating from A.C. Reynolds High School. A graduate of Warren Wilson College, Bill moved to the Triangle area after college. Bill received the MAT-English degree from UNC-Chapel Hill, and then spent three years teaching in the public schools in the Durham area. After graduating with honors in 1989 from North Carolina Central University School of Law, and being admitted to the North Carolina Bar, Bill then attended the University of Florida where he was awarded an LL.M. in Taxation in 1990. He then practiced law in Durham for five years in a small firm that he founded, specializing in tax, probate and real estate matters. In 1995 Bill moved to Black Mountain to join Dick Stone, and together they founded Stone & Christy. Bill retired from Stone & Christy in 2021, and continues in an “of counsel” role, handling limited matters.

Bill was appointed to the Board of Trustees of Warren Wilson College in 2010 and was elected Chair of the Board of Trustees in 2016 and served in that role until 2020, and now serves as an ex-officio Member. Bill also serves as Vice Chair of the Board of Directors of Black Mountain Savings Bank, SSB. Bill provides pro bono legal services through the Hotline and Mountain Area Volunteer Lawyers programs of Pisgah Legal Services, and was awarded a Life Time Pro Bono Achievement Award from Pisgah Legal Services in May of 2021. Bill has also served as counsel to a number of local non-profit corporations. In addition, Bill is active in many local community organizations, including having served as President of the 28th Judicial District Bar (2010-11), and being currently active with Black Mountain Rotary Club and with Rotary Youth Exchange where he serves as Outbound Chair of the District Committee. He was formerly active as a director and/or officer with Swannanoa Valley Martin Luther King Corporation, Mountain Area Child and Family Center, Artspace Charter School, Black Mountain Center Foundation, Children First, Swannanoa Valley History Museum and Swannanoa Black Mountain Chamber of Commerce. Bill served as Treasurer of St. James Episcopal Church for over ten years.

In July of 2021 Bill was appointed to the Black Mountain Town Council to fill an unexpired term which ends in November of 2022. Bill has also coached youth soccer and baseball, assisted with Boy Scouts, and is an avid gardener, golfer, back packer and fly fisherman. Bill is married to Dr. Deirdre Schoen Christy, a Psychologist, and they have three grown children.